On the 9th of august, the country was gripped by shock and horror as 5 young people were involved in a car accident on their way to a gig in Rustenburg. No one survived. Of the people who were identified was well loved Amapiano stars Killer Kau and Mpura Mpura. The news of their demise not only put into context how short life is but also that how these influential musicians passed before they reached their full potential.

On this episode of Timeline, we take a look at the impact that Mpura had on the Amapiano genre and what he will be remembered for.

Before he rose to fame in the music industry, Mpura was involved in fashion and founded Mpura Designs, a unisex street style brand that explored fruity art. In 2018, he made his South African Fashion Week debut, showcasing his Autumn/Winter 2019 collection. This put him in the inner circle of the fashion industry tastemakers and made him one to watch.

What made him popular?

What launched Mpura into our collective imagination was his impeccable verse on Busta 929’s Umsebenzi Wethu. The song featured Lady Du, Zuma and Reece Madlisa. The song is a certified street anthem. It’s also a passionate expression of what happens when someone takes away your ability to work and make a living. Released during the pandemic lockdown in South Africa in 2020, the song can be interpreted as a rebuking of the blocking of work that they are supposed to be doing now that Amapinao is blowing up over the world. Amapiano artists were supposed to be touring the world and populating it with this homegrown genre that they pioneered. 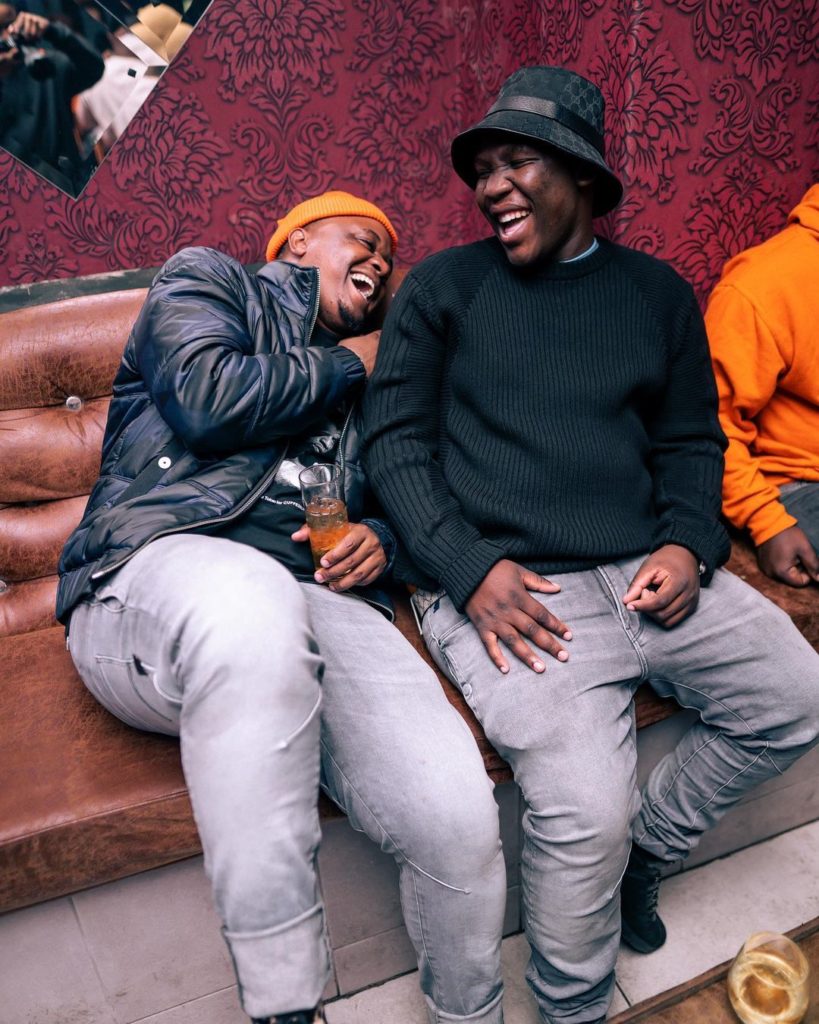 Renowned DJ, producer and radio personality, Da Kruk was the first person to give Amapiano a space in the South African radio industry. He has likened the genre to what he experienced at the rise of Kwaito in the early 90’s and this was an exciting time. Speaking of Umsebenzi Wethu, he lauded the rawness and instinctual quality of the lyrics.

SAMA nominated producer, Kabza De Small has also commented that Kwaito is the bedrock of the Amapiano genre. We see this in the gradual move from the once popular keyboard solos, which is the trait that made the genre popular. It moved to the more log-drum focused beats which has formed the core of the hits now. Meaning that there is now more space for singing, chanting and even rap.

Mpura fit squarely in this reimagination of Kwaito, he was the bridge. While early vocal Amapiano tracks’ lyrical content lacked diversity and focused on vulgar and often self-indulgent tendencies, Mpura along with artists such as Reece Madlisa and Zuma are some who are reviving the spirit of Kwaito through their lyricism. Giving us a view of the township we have never seen before. They are a crucial component of the evolution of the genre.

Mpura’s verses were reminiscent of early kwai-rap artists who told their stories in an unapologetic manner. The likes of Zola, Mapaputsi and TKZee are some that come to mind.

An example of this is his easy going flow on Yini Sdakwa by Sir Trill, Thackzin DJ and Tee Jay. The song is admiteddly dedicated to those who enjoy their liquor every night. On the song Mpura is narrating a night out with his friends while asserting his status in the streets. Adding elements of what it looks like to party ekasi and the challenges one faced while asserting their independence while living at home. On Impilo Yase Sandton he tells a poignant story of his come up and what he hopes to achieve with the hard work he’s been putting in. He is bare and vulnerable and raps about making his mother, family and partner proud. And with all the tracks he has appeared on, Mpura was unapologetic kasi and made those who are from the hood be proud of it. He was authentic and real.

What will he be remembered for?

Mpura will not only be remembered for his music but for also being a bright and happy soul. Mpura wadi bedtime stories.  As Riky Rick puts it in the tribute he gave at his funeral

He could laugh when you really felt like crying, he would pick you up when you felt the world was collapsing on top of you. When you had no more hope, he would look you in the eye and say don’t worry Grootman you will operate this one.

What Mpura brought to the Amapiano genre is something that will forever stain the fabric of this era.