Hot on the heels of penning down their partnership with Sony Music Entertainment Africa, Distruction Boyz announced their record label, Distruction Records, after signing a label deal partnership. Distruction Records not only houses themselves but includes talented artists and producers BlaQRythm, Drega, and Kdot who form part of the Distruction Records family. The Gqom music veteran’s delight us with the official music video for their track “Ubumnandi” Watch Here off their Album “Africa To The World” Which launched in October 2019, Stream and Download Here.

The duo stole our hearts in 2016 with their hit single “Omunye” which became a national anthem all over the country. The single went double platinum and launched the duo to global stardom. This led to Goldmax and Que starting their own label which aims to empower talented artists in South Africa and provide them with a platform to get their music across to the masses.

As the next step to launching the label, the guys will be releasing individual projects in addition to the highly anticipated single from BlaQRhythm which will be available on all digital platforms on June 5th.

When asked about their label Goldmax and Que said;

“We are really excited about dropping our individual projects and all of our projects are very dear to our hearts. We will drop music that consists of sounds we used to bump, especially in Taxi’s and house parties, these are the authentic sounds of the township and where we come from, and we really can’t wait”.

When asked about his first release BlaQRythm said;

“This is my very first official release and I’m very excited about this project and many more to come. My fans can expect nothing but the best of Afro-house”. Que on their deal with KFC & taking Gqom overseas 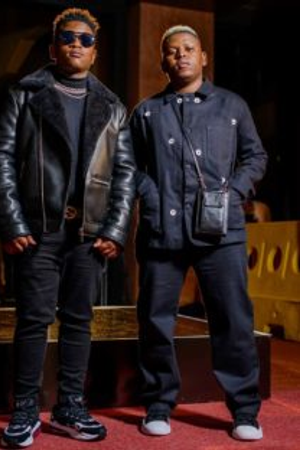