As one of the very few DJ’s to play Amapiano on a mainstream radio station, Da Kruk touches on being there at the grassroots of when Amapiano was still a new genre. He was one of the few DJ’s to give up and coming DJ’s and producers a platform to play on his show.

The dance music DJ hosted a weekly four-hour music show on Yfm, dubbed The Players Club on Saturdays, which attracted a cult following of fans eager for the latest tunes. As the host of Ama-International, UK based radio show, he featured up-and-coming talent looking into their personal stories with music and their role in the culture. Likening the rise of the genre as monumental and significant as the rise of Kwaito.

“One thing I really appreciate and love about Amapiano is that you never know who the next superstar is going to be. So you need to buy face, you don’t need co-signs, you just need to create the way that you feel the sound is supposed to go”, he explains.

Crediting the preservation of the genre to the fact that there is no major label backing it and there are no co-signs so the sound is kept pure. Mentioning that the difference between the Amapinao that is produced by artists from outside South Africa to those produced in the country is completely different. “Even if you hear an Amapiano song from the UK, like the texture and the messaging and the overall lifestyle will never sound like what it sounds like in the South African perspective.”

Early Amapiano songs captured the raw and rebellious vibe of the genre. The beats were unrefined, the lyrics were raunchy and spoke to the lifestyle of the youth in the township at that time. Da Kruk describes the rise of the genre as similar to the rise of Kwaito. “It started being what I experienced with Kwaito music in the early ‘90’s. And it’s something out of a fairytale,” he says.

Da Kruk is in studio at the moment and working on music. He is looking to enlarge the footprint that he already has overseas because there is a liking to the sound. There is also an interest in the story of the genre and why it resonates with so many.

Check out the rest of the video for more. 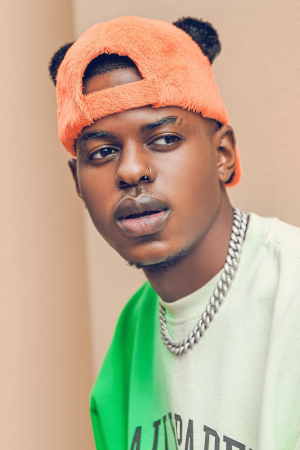 Phantom Steeze RevealsThe Hardest Thing About His Transition From Dancer To Rapper
Join the ZKHIPHANI Fam!