We attended the exclusive screening of BET’s biopic The Bobby Brown Story at The Four Seasons Hotel in Westcliff, Johannesburg. Media flocked the event with anticipation to witness what the story is about and we were in for a pleasant surprise. From the team that produced the critically acclaimed BET’s The New Edition Story, the biopic chronicles around music icon Bobby Brown.

In attendance was Hollywood stars Woody McClain and Gabrielle Dennis who star as the legendary Bobby Brown and Whitney Houston. We got the chance to have a chat with the famous pair and they clarified the events that took place after the R&B crooner left New Edition and was a solo artist.

When asked about portraying the chaotic role of the ‘King Of R&B’ and his involvement in the film, McClain shared

Bobby was there the whole time; he made sure that he told the good, the bad and the ugly of his story. He didn’t keep anything out and any questions we had to ask and that need to be answered he would be 100% honest in answering them,

Meanwhile Gabrielle Dennis had to refer back to a collection of archives and learn more about her role as the late Whitney Houston,

It’s huge shoes to fill, but with that came huge responsibility as well because I feel like we all love and respect her so much. So, that was approach to the role, even Bobby Brown has never had anything negative to say about Whitney which meant a lot to me playing that role,

From drugs, sex and scandals catch the repeat of The Bobby Brown Story on Sunday, September 30 at 19h00 on BET. 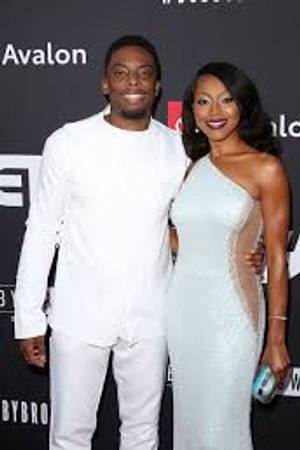